The skyrocketing popularity of CBD has inevitably attracted the interests of many alcoholic companies, who are now infusing some of their products with CBD. Other questions have risen over the potential use of CBD to treat hangovers or to sober-up while on a wild night out.

Is it just a marketing gimmick? What happens if you mix CBD and alcohol? Can it be safely taken after consuming alcohol? Can it be used to safely recover from an intensely alcoholic night out? So many questions over use of these two substances – I think it is time we get to the bottom of this. 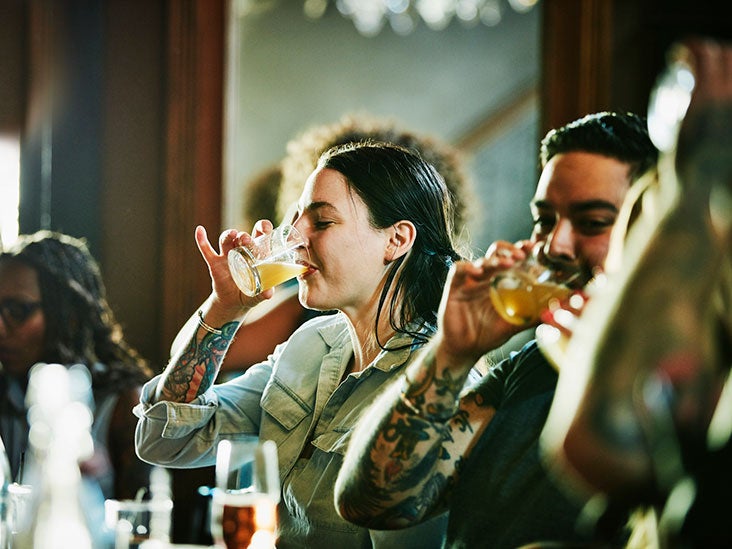 The effects of Alcohol – Good and bad

I think it is safe to say we all know what happens when we drink too much… but for the sake of the blog post, let me briefly remind the readers what the kind of effects alcohol can have on your body.

Over drinking alcohol in one setting can cause an individual to become drunk. When an individual is drunk, they lose coherent thought and concentration, become lethargic, lose coordination and the ability to regulate other bodily functions. In extreme cases, drinking too much alcohol in one session can trigger irreversible damage to the drinkers organs and even lead to death.

On top of all of these negative effects, there is a long history of alcohol dependency and addiction worldwide. This condition can take a lifetime of self-discipline to recover from and has destroyed millions of peoples lives across the world.

Sounds terrible, right? Well, it is not all doom and gloom when it comes to alcohol. Moderate alcohol consumption may provide some health benefits. According to Grønbæk’s study in 2009, these include reducing your risk of developing and dying of heart disease, possibly reducing your risk of ischemic stroke and potentially even reducing the risk of diabetes

Particularly in the US, there has been a considerable rise in the number of cannabis infused beverages – mostly non-alcoholic versions - and cocktails increasingly appearing on the shelves of some beverage alcohol retailers.

Arvada, Colorado-based Ceria Brewing launched Grainwave, a non-alcoholic Belgian-style white ale infused with 5-mg. of THC, in 2018. The product is available at recreational marijuana dispensaries across the Centennial State. Ceria also launched Indiewave, a cannabis-infused IPA comprising 10-mg. of THC and 10-mg. of CBD. San Antonio, Texas-based Pabst Brewing Co. made its way into the cannabis-infused beverage space with Pabst Blue Ribbon Cannabis-Infused, which launched in California in October. Touting 5-mg. of THC and just 25 calories, the new offering is only available at licensed cannabis dispensaries in California or DTC online sales.

CBD-infused non-alcoholic offerings are becoming popular because the alcoholic versions face strict federal regulations. The Alcohol and Tobacco Tax and Trade Bureau (TTB) considers CBD a controlled substance and will not approve beverage alcohol formulas including controlled substances. Although, it will continue to process applications for beverage alcohol containing ingredients derived from hemp seeds or hemp oil.

Major beverage alcohol producers such as Constellation Brands, Anheuser-Busch InBev, Heineken NV, and Molson Coors are heavily investing in research into cannabis-infused product development. The current focus is on developing cannabis-infused non-alcoholic beer, wine, or soft beverages. Depending on state laws, such concoctions could be found on the shelves of beverage alcohol retailers, cannabis dispensaries, and in online shops. While they have begun producing beverages infused with CBD, the legal implications only allow non-alcoholic drinks to be produced. With the popularity and the legality of cannabis increasing at pace across the US and world, we expect this change in the near future.

CBD and the effects of alcohol

The Journal of Psychopharmacology discovered a few differences between the test subjects that administered CBD and alcohol and those who administered just alcohol. Their findings indicate that you can expect alcohol to affect you the same when consuming it alongside CBD oil. There currently is a big gap in any data that could indicate if CBD can mitigate the risk of any adverse side effects from consuming alcohol.

I’m sure a lot of you are more interested in CBD’s potential to cure hangovers. Well, while CBD is unlikely to alleviate immediate alcohol intoxication or impairment of motor skills, CBD oil may effectively treat several hangover symptoms, including headaches and nausea. Its neuroprotective and antioxidant properties make it a viable option, but it is important to note that everyone’s body will react differently to both the substances.

A 1979 study by Consroe et. al., involved 10 volunteers who were given one of the following at random: a CBD capsule and alcohol, a CBD capsule and orange juice, a placebo with orange juice, or alcohol on its own. Participants who were offered the mix of CBD and alcohol had lower blood alcohol levels than participants who had just been given alcohol, though there were not any notable differences in impairment of motor skills.

There are also a few animal studies that have shown how CBD can potentially mitigate neurodegenerative and oxidative liver damage associated with alcohol use. A 2013 study from the “Journal of Pharmacology Biochemistry and Behavior” administered CBD gel and injections to rodents, which were also given alcohol. Both the CBD gel and injection proved effective in decreasing the rate of neurodegeneration in rodent models.

Dr. Melanie Bone, a board-certified OB-GYN and medical marijuana specialist stated that “CBD can be part of a harm reduction strategy to reduce problematic drinking. By reducing cravings and amplifying the body's defences, CBD may help individuals minimize the harms associated with alcoholism. For instance, CBD is shown to reduce liver toxicity associated with alcohol in mice.” This assertion can be supported by a 2014 study published in the journal of Free Radical Biology and Medicine, indicating that CBD can reduce liver toxicity associated with alcohol in mice. The study, conducted by researchers from the Mount Sinai School of Medicine in New York, found that CBD protected the livers of mice from binge alcohol-induced steatosis (fatty liver disease). More research is needed to illuminate if there are any similar protective effects in people.